Being featured in windows phone marketplace

I was looking at the download figures for FINDaPAD in the windows phone marketplace today and noticed another spike in downloads on the 26th of June, it had the same pattern as the spike on the 20th of May.

Why are we getting such high downloads on these days? 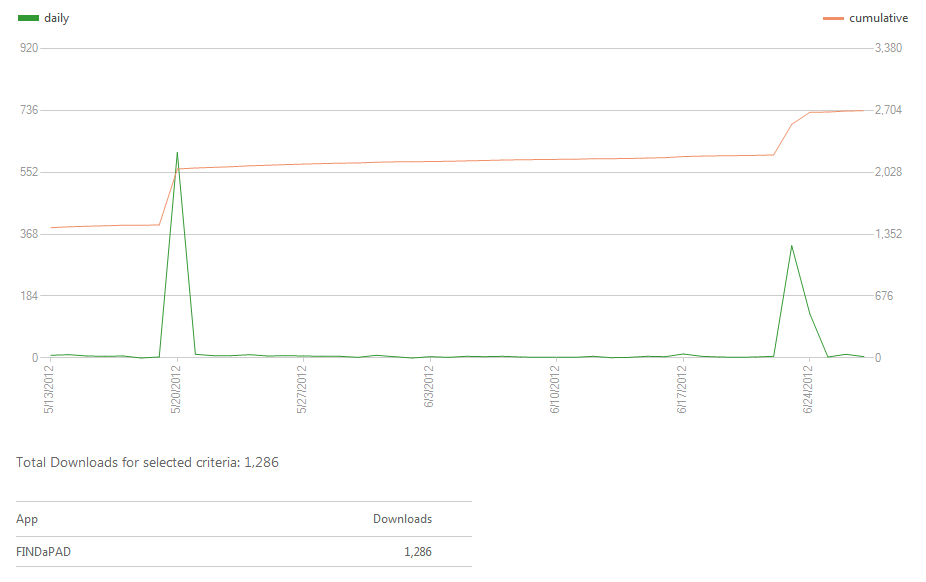 Normally we get a much more modest download rate, 150 per month - not bad a for free app only targeting the UK marketplace: 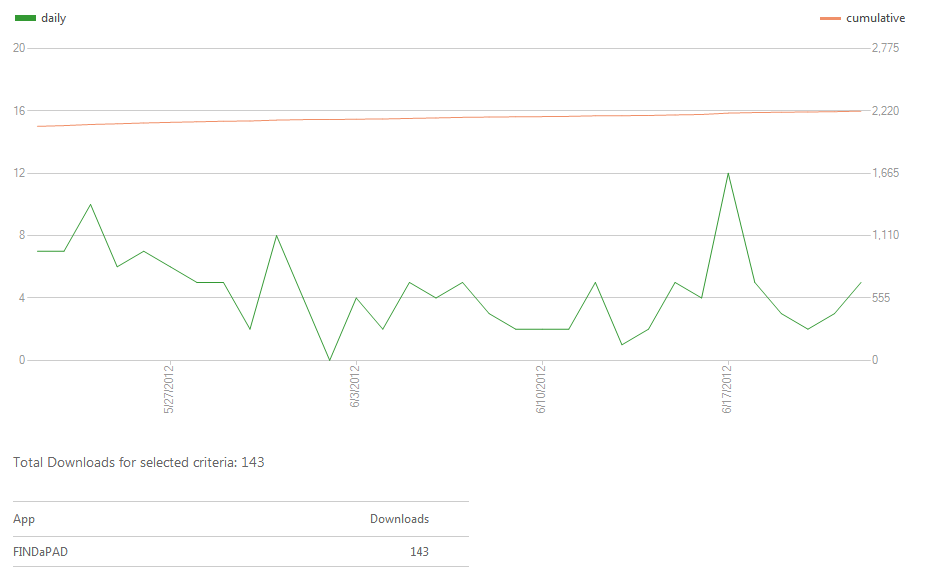 The only reason I can think of is - we've been featured twice in the windows phone marketplace. It would kind of make sense as the second peak is considerably smaller than the first indicating a subsequent placement in the marketplace.

It would have been nice to get some heads-up before being featured, even if it's only for personal vanity :)

So if you want to get your app featured in the marketplace make sure you complete all the artwork requirements. These can be updated at any time: