March 26, 2012
Following on from my previous post about testing javascript with jasmine. I was interested to explore integration into visual studio 2010 so I could run them along side test written in another language like C#.

I found the VS 2010 extension Chutpah (pronounced  'hutz-pah'). This got me up and running with the ability to run test manually and to my surprised it worked by only have the SpecRunner.html file open. I didn't a csproj or sln file containing the javascript, it's clever enough to resolve all dependencies:

Test results are render in the output window of VS 2010:

This is good and I appreciate the work someone has done to get this far but I want more...

I want integration into Resharper...

A quick squizz on the inter'webs and I end posting a request on jetBrains forum, it looks like support is coming in R# 7. Then I thought lets check out the current beta and see, so off I go and boot Win8 and install R#7 beta and see if it's there yet...

Openning the undoSpec.js file only in VS 2011 beta and attempting to run using R#7 I got the following: 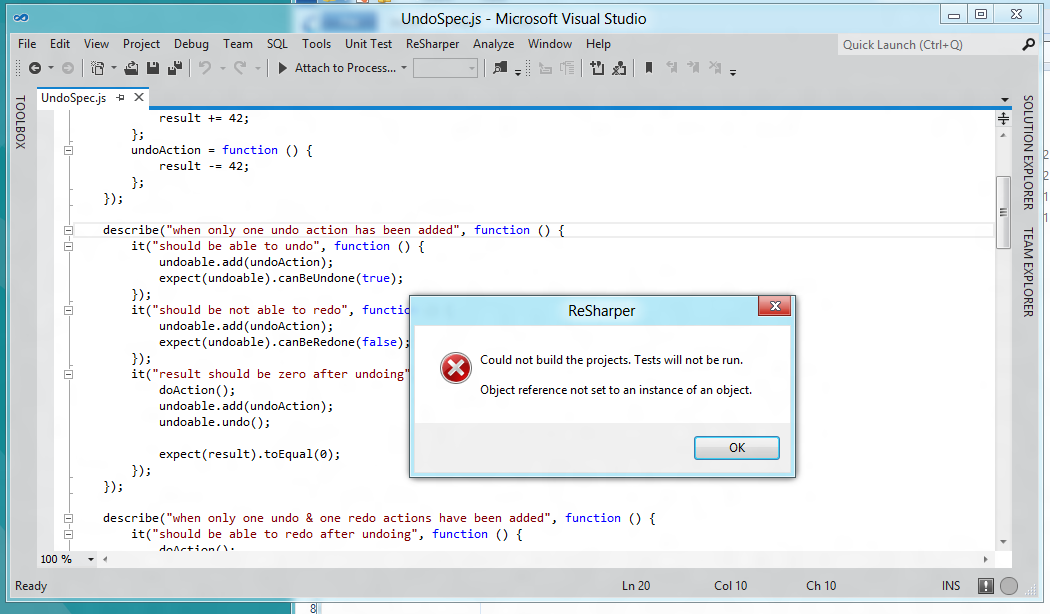 Next I tried creating a web project in VS 2011 beta, I had update the reference paths in SpecRunner.html page: 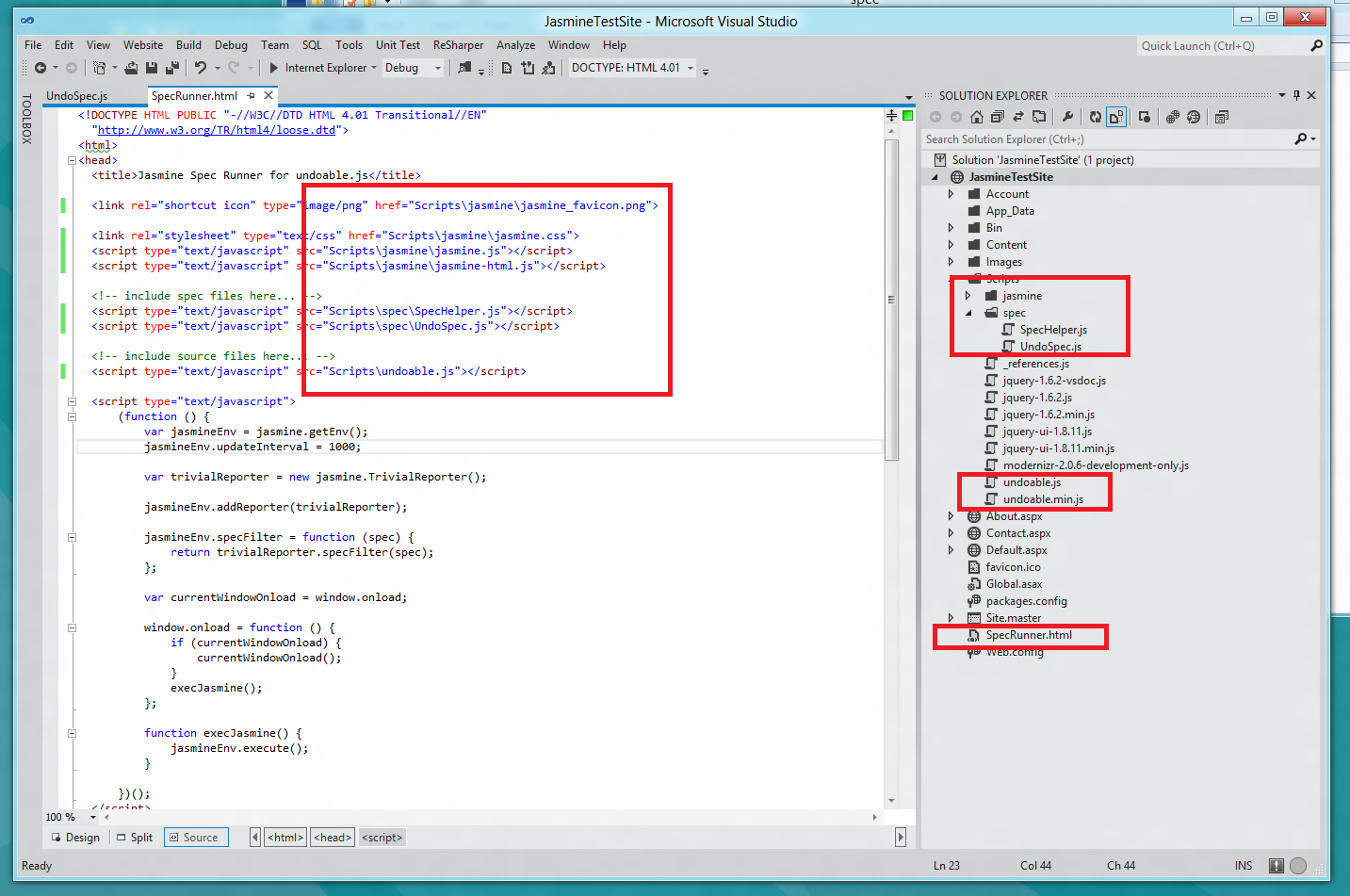 Opening up the undoSpec.js file - this contains the undoable.js specifications. I start to see the familiar R# UI on the left hand side: 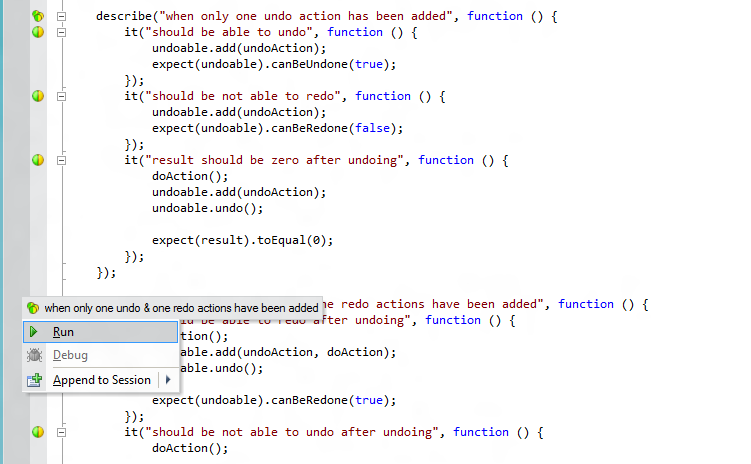 This seems like the last step, I'm finally there... 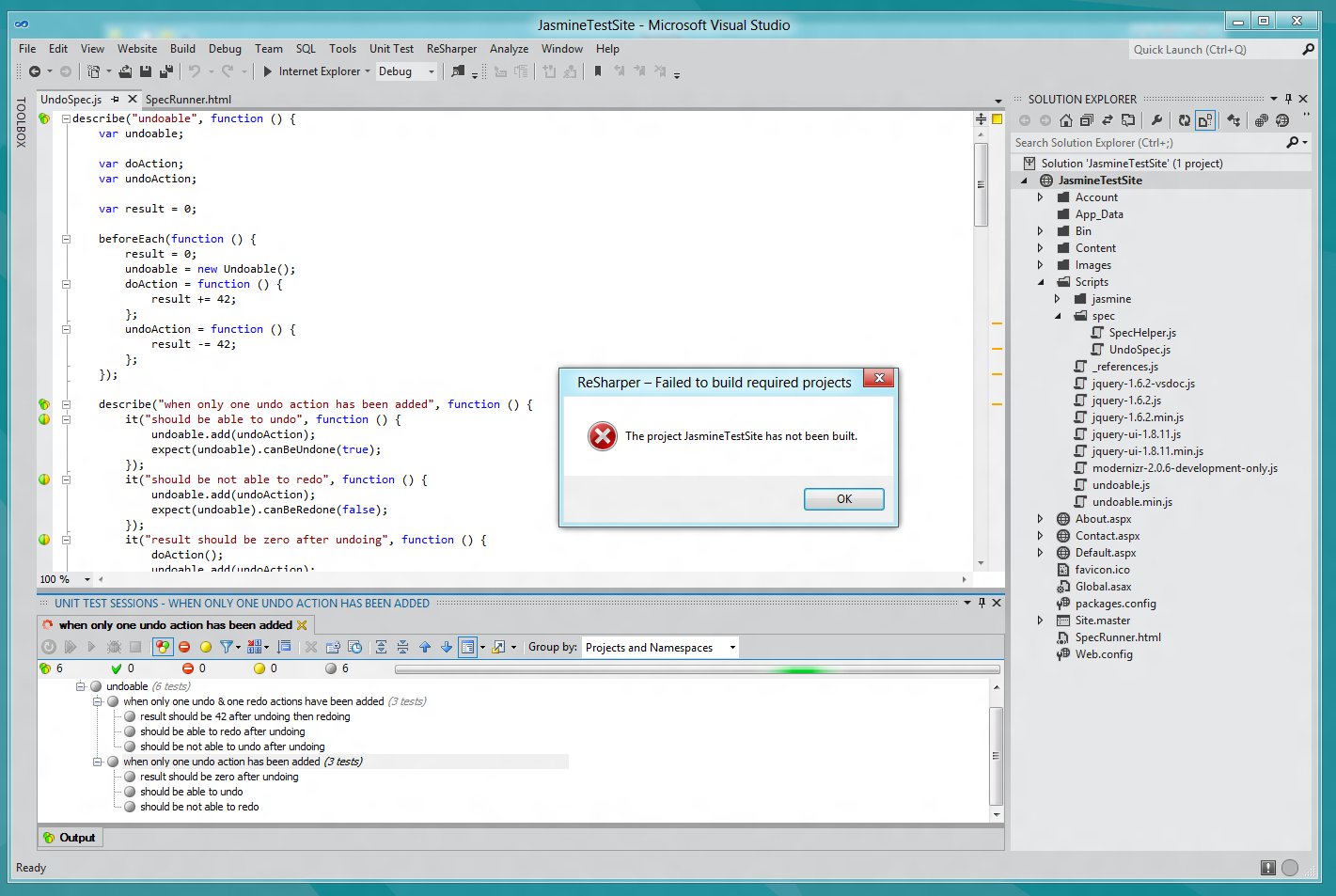 It didn't work, and yes I had built the project :)

I hope I'm doing something wrong, but there again this is a beta, I'll be keeping my eye on the nightly builds for R#7.