June 09, 2012
These are the steps are used to get MSpec working with the release candidate for Visual Studio 2012 and the EAP for Resharper 7.

Firstly, I have the following MSpec style fixture shown below, as you can see the Resharper icons aren't showing up on the left hand side:

The next step is to add the correct Nuget package for MSpec - you have to get the pre-release version, not the current production release. I installed it using the package manager console in Visual Studio - don't forget the '-Pre' suffix to get the right version of the package:

At this point you're probably thinking you're good-to-go, but there's one important step left - the pre-release MSpec assemblies have to be copied to the app data folder for Resharper. Luckily the MSpec guys have this in-hand and have created a set of batch files as part of the Nuget package installer. Browse to where the  Nuget package was installed for your solution and run the 'InstallResharperRunner.7.0 - VS2011' batch file:

You should then be seeing the following assemblies to the Resharper plugin folder:

Running up Visual Studio you should see the Resharper icons on the left hand-side and be able to run any MSpec fixtures, as you can see this one is failing :) 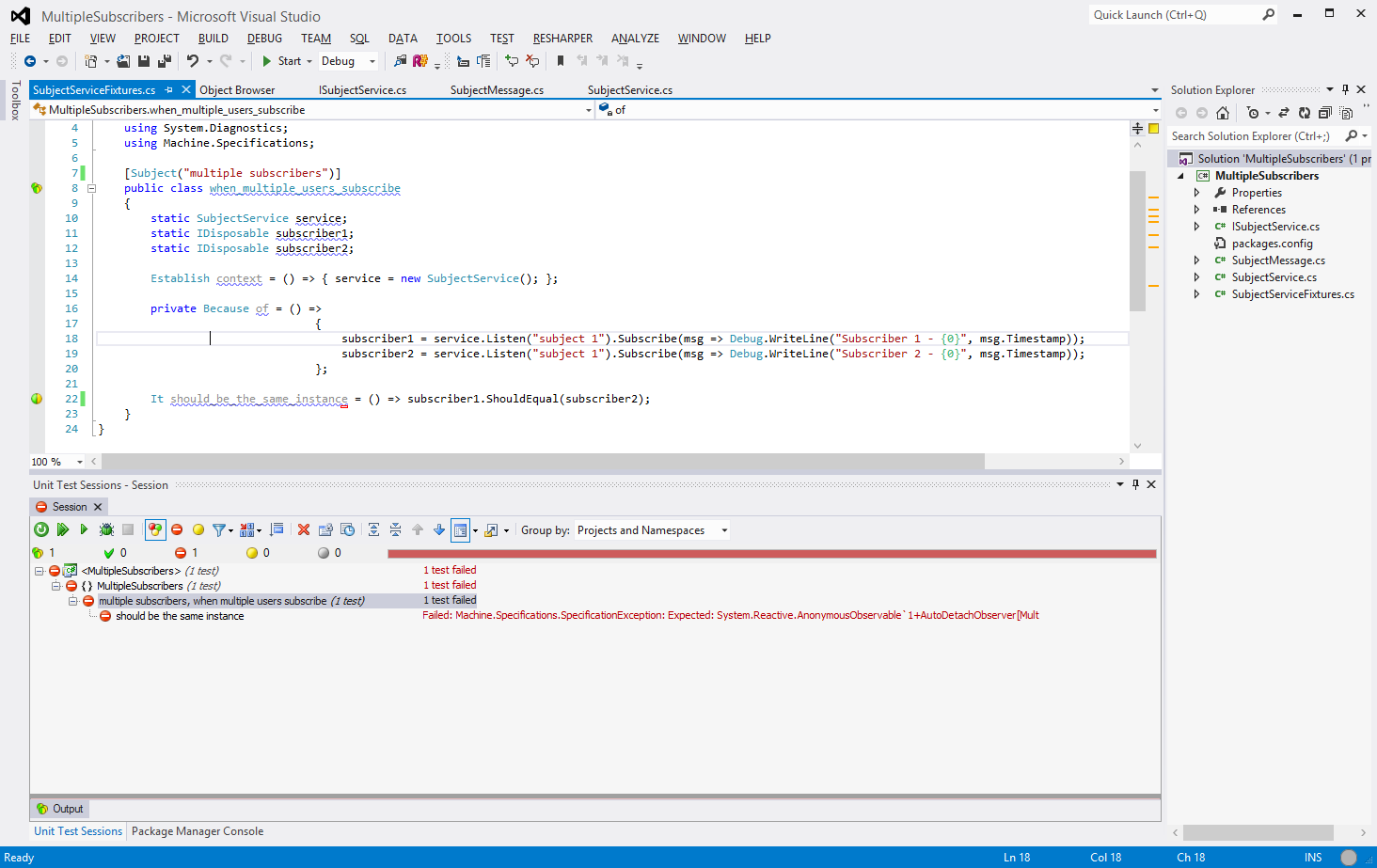