May 10, 2012
A previous post detailed how FINDaPAD was selected for the Nokia WP7 April ad campaign in the UK - more info can be found here.

For us the ad campaign has been very successful, we've doubled our total number of downloads in a month, okay we didn't have many in the first place but doubling the number of 'units sold' in a month always sound good!

The ad campaign ran for 4 weeks and started on or around the 1st of April. Before the campaign started we'd only had approximately 600 hundred downloads with the previous month showing 87 downloads: 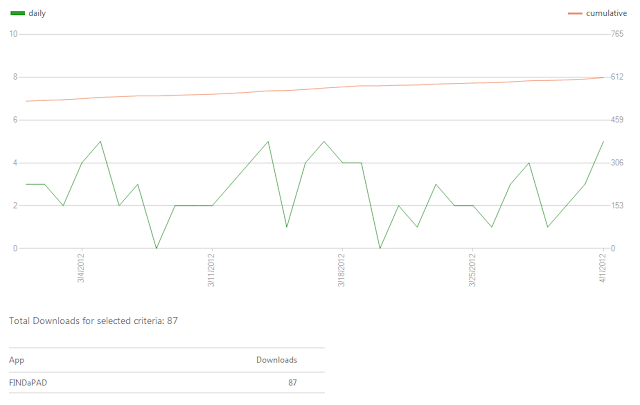 As I said the campaign had the affect of doubling our total number of downloads to approximately 1400: 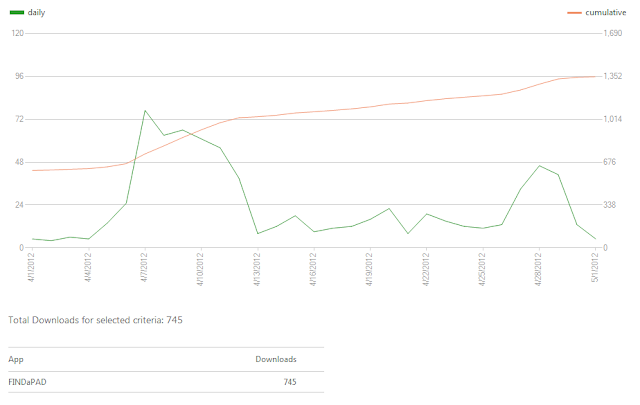 Interestingly the above graph has two peaks, the second is explained away as a patch release we did (2.1) -  a few bug fixes. The interesting factor about the second peak is there are about 200 users who had downloaded the update from the marketplace in the subsequent week.

Does this figure represent our true number of repeat users?

The first peak shows a pretty standard exponential decay from the peak of downloading on the 7th of April, to be honest I didn't know what to expect...

Another way to measure success or failure with the app is via the comments left in the marketplace. Unfortunately we only received 1 more comment over the period and this wasn't at all positive.

As I've blogged before I believe the marketplace is missing functionality - there's no way for us to contact this user and help out with this miss understanding. The user has failed to grasp they can in fact enter a full post code (zip code), place name or a lat-long position in the text box on the UI. From this users perspective the app has completely failed to deliver value... 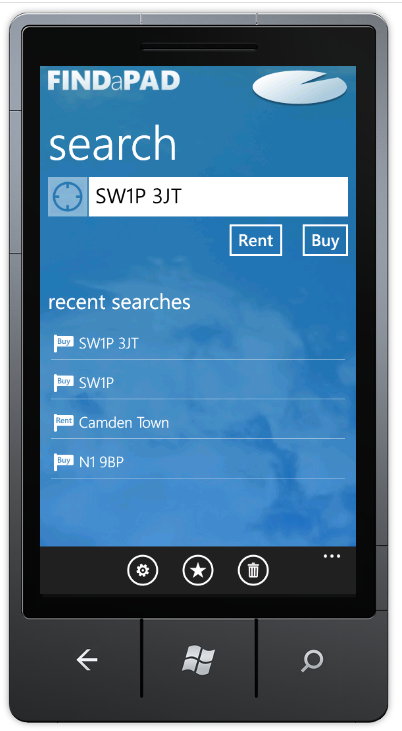