faking data in WP7 and other .Net platforms

March 30, 2012
I needed to fake some data for a WP7 app yesterday and I was about to write a couple of classes when I thought why not check out what's available out there already...

There were already a couple of NuGet packages out there but I wanted to try out my forking skills on GitHub :) I had a quick conversation with Ben Smith about faker-cs and producing a NuGet package. 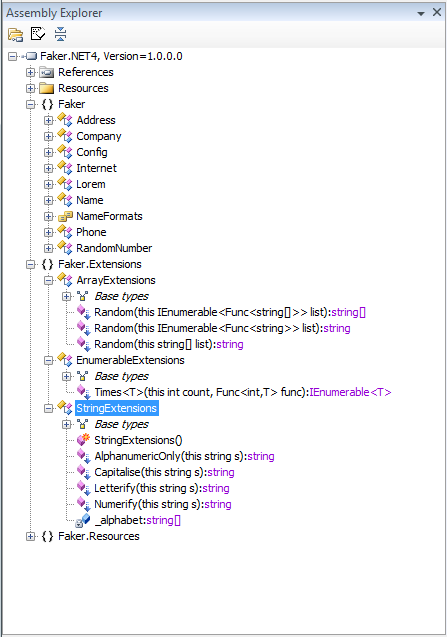 It's very simple to use, shown below is the code for the following WP7 apps: 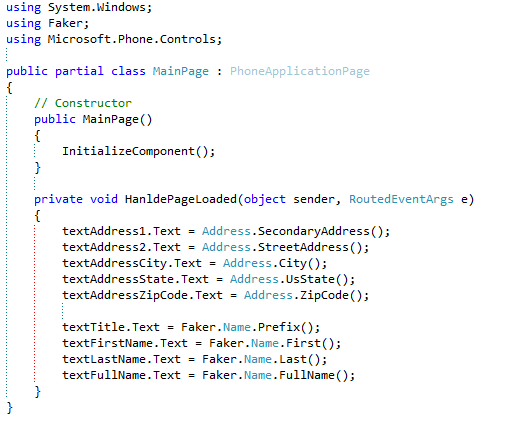 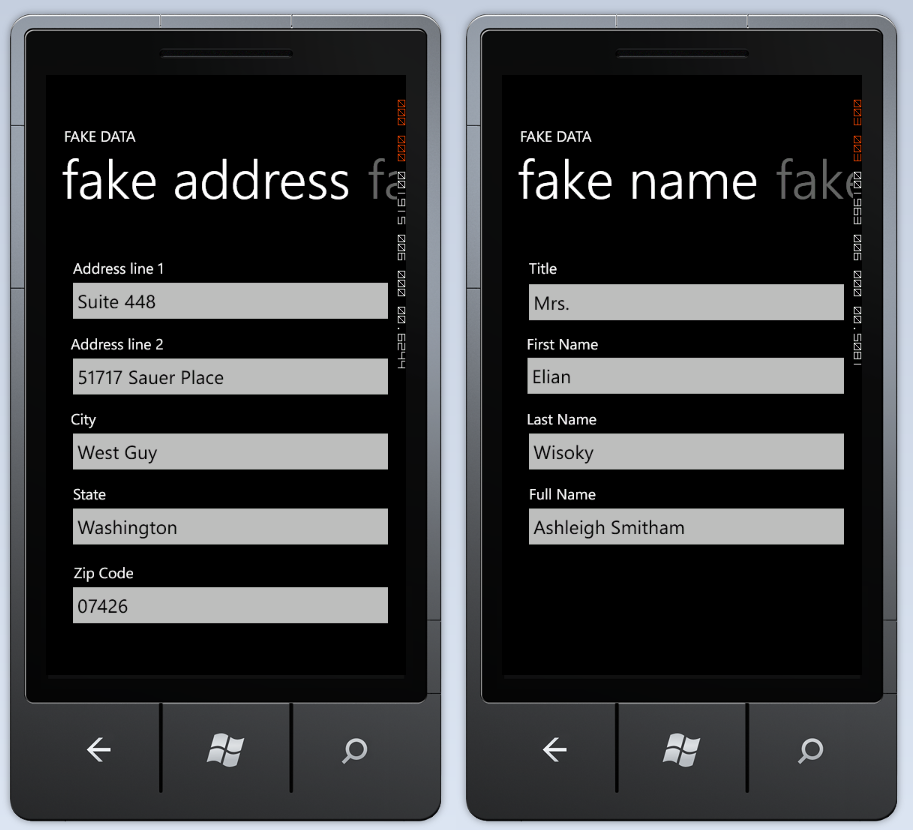 It could be used anywhere you need fake data - proof of concept, testing, demo apps...