Playing around with jasmine

March 25, 2012
I believe like a lot of devs that javascript is going to become more prevalent in a lot if not all areas of application development, whether that be with a server side framework like node.js or client side with frameworks like backbone.js & knockout.js. I've built a couple of sites with backbone and I'm very interested in what Derik Bailey is doing with marionette, but with all my investigations into backbone I haven't as yet put any of the javascript I've written under as serious testing strategy.

A quick search for a BDD style testing framework lead me to jasmine, I've heard good things and I thought I'd give it ago.

What to put under test with jasmine?

Previously I implemented a simple undo-redo framework for .Net called undoable.net, this was pushed out to GitHub and I thought I'd port this to javascript. The important issue here is not the ported-code but how easy I found it to get jasmine up and running.

First off downloaded & unpacked Jamine from here. I then created a new folder and copied in the Jasmine lib contents:

Next I had to create an entry point for the testing, this probably as you expect is a html page. I lifted the code from the jasmine examples. I also created a folder for the specifications that will be written in javascript:

As said this SpecRunner.html is a generic file which will load all the required spec & source javascript files. 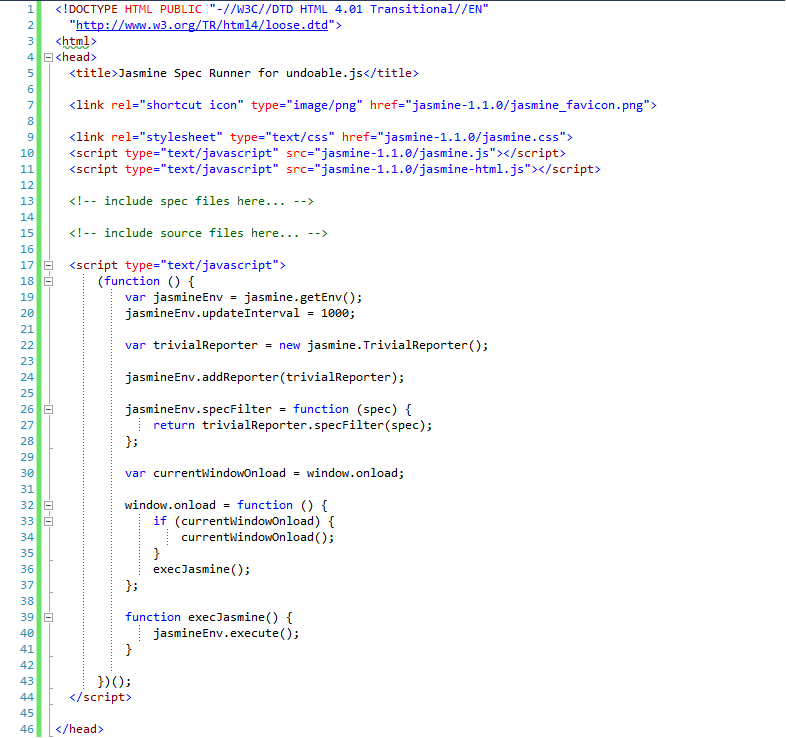 As you can see from the comments in the above screen-shot we aren't currently including any specs or source files. Before running any tests I wanted to make sure everything was working, so spinning up SpecRunner.html in a browser and I got the following:

It works and in less than 5 minutes, time to start testing...

Converting undoable.net to javascript gives the following javascript object declaration, I've collapsed down the function implementations just so we can see the function signatures: 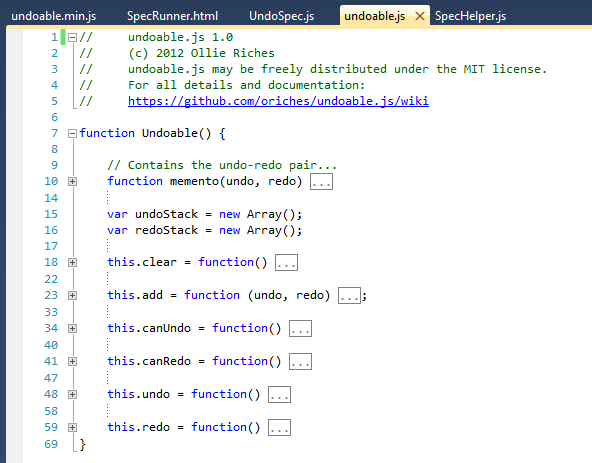 This was placed in the root folder and an include statement was put in the SpecRunner.html:

Where are the tests specs?

They are defined in the spec folder, in this case I've created one called UndoSpec.js. The first test is shown below along with the include statement for the SpecRunner.html file, hopefully you can understand this but if not, it tests for an expected exception when the undo action is undefined: 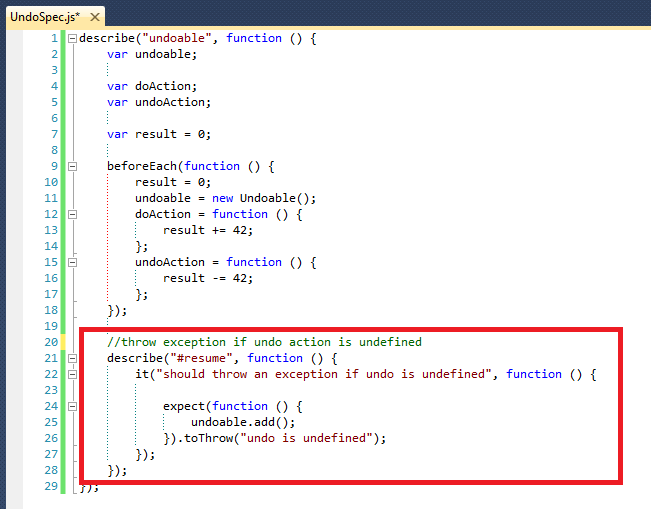 The spec is highlighted, above it is the beforeEach function and if the name doesn't give it away this is run before each spec - just like in C# being annotated with the Setup attribute for an nUnit test.

Now when I run SpecRunner.html I get the following output:

The describe function definitions don't have to be a 1 to 1 relationship with the behaviour, you can have multiple behaviours. The following extract also demonstrates another feature of jasmine, custom matchers. They basically allow you to hide non important implementation detail so your specs remain readable:

The custom matcher is part of the SpecHelpers.cs which is also an include statement in the SpecRunner.html file. The customer matchers are also added before each spec as part of the initialisation: 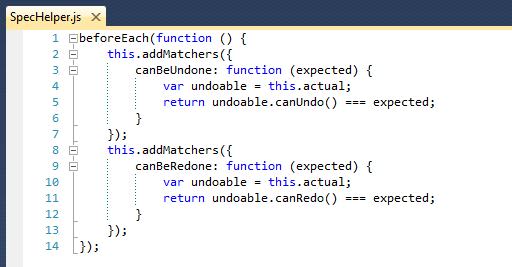 After adding all the required specs as describe functions I get the following output from SpecRunner.html - clean, clear and to the point. 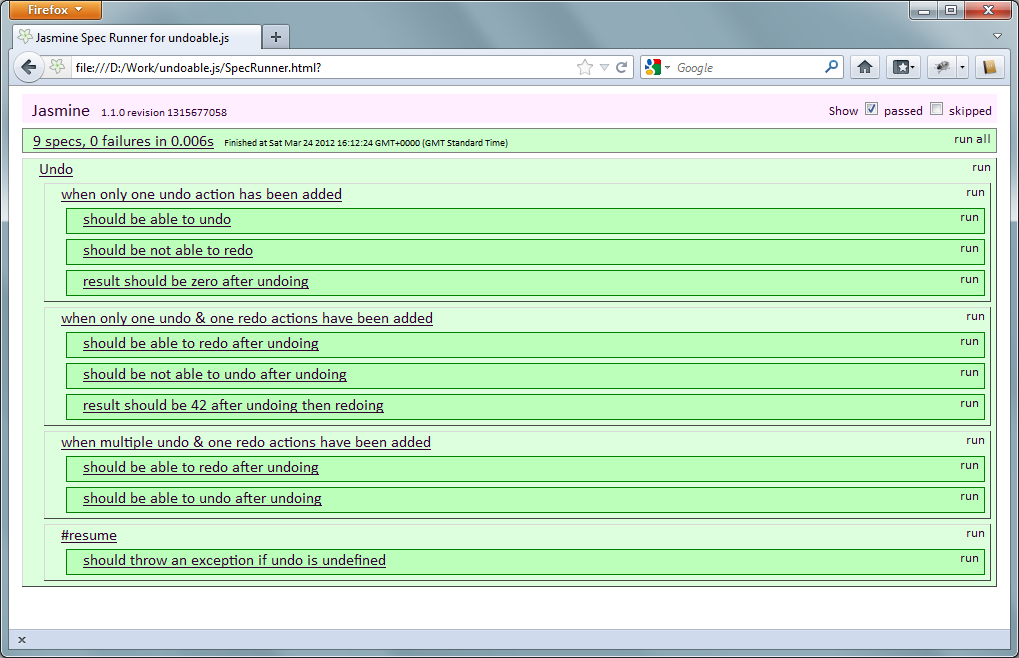 And the spec folder ends up looking like this:

To me this pretty much demostrates low friction BDD :)

All that was left for me to do was upload this to GitHub, I even managed to create a NuGet package and I'm going to create a Ruby gem if I can workout what to do :)